Skip to: The beginning of a journey set out to make bold changes

The beginning of a journey set out to make bold changes

What prompted a group of experts to build a network at the nexus of gender and energy? How did gender approaches change the energy sector? Prof Joy Clancy, one of the founding members of ENERGIA, looks at our work over the past 25 years, discussing the main accomplishments in terms of research, gender mainstreaming, advocacy activities and women’s economic empowerment.

As I write this, I find it incredible to realise that ENERGIA has been in existence for 25 years. The network was set up by four women, Elizabeth Cecelski, Margaret Skutsch, Saskia Everts and myself, as a response to our disappointment that the Beijing Platform for Action had little to say about women and energy. Yet from our own work related to development, we realised that rural women in the South were facing significant problems in collecting fuelwood and using it to meet their families’ needs.

We were fortunate that a staff member from Dutch Directorate General for International Development (DGIS) shared our concerns and found us some funds to set up a newsletter! A newsletter??? We were astonished and disappointed. There were many more exciting things we wanted to do. Nevertheless, ENERGIA News was born and I’m proud to say that it is still appearing today. With ENERGIA News we set out to inform the energy sector and the world of international development cooperation about the effects of traditional energy and the lack of clean energy on women. The newsletter featured articles written by experts and practitioners across the globe, highlighting different aspects of this enormous unexplored field of work. It turned out to be a sensible starting point.

Nevertheless, we were adamant to go beyond producing a newsletter and to set up a network. There were two important decisions we took at the start about how to shape the network. First and foremost, the network should reflect the energy situation as experienced by  women in the South and give them a voice at the Global Level – which even though hosted in two Dutch NGOs (initially ETC Foundation and now Hivos) I think has been the  case. Secondly, to ensure maximum Southern involvement on a limited budget, rather than set up national offices, we formed partnerships with existing organisations interested in women and energy to act as network hubs which would provide grass roots women with a connection to the international community.

Initially we focused on sub-Saharan Africa and later also included South Asia. This of course did not mean that other parts of the world were neglected. Latin America and the Pacific have had gender and energy networks which maintained links with ENERGIA.

Something that emerged from the early days of ENERGIA News and which continued to be a significant part of ENERGIA’s work over the past 25 years, is the need for evidence to persuade policy makers of the need to act. When sourcing articles, it appeared that evidence about women and energy was much more limited than for other sectors, such as agriculture, and the evidence that we found tended  to be small single case studies. ENERGIA has played its part in producing the needed significant body of evidence, including with two major research projects: ‘Gender as a Key Variable in Energy Interventions’ and the ‘Gender and Energy Research Programme’. ENERGIA has used the generated evidence and findings to inform policy and practice through advocacy and lobby at international, regional and national levels, using a range of media to promote the key message that taking a gender approach in the energy sector benefits simultaneously women, their families and the energy sector.

Early evidence indicated that barriers to incorporating gender in energy policies and practice by all types of organisations (governments, utilities and NGOs) included not knowing how to do it and that policy makers were more likely to be convinced by locals than outsiders. ENERGIA, through the EU funded ‘Turning Information into Empowerment’ (TIE) programme developed a set of training courses (The Gender Face of Energy) to show how to mainstream gender into energy, and trained 30 participants (20 women and 10 men) from 11 Sub-Sahara African countries, who in turn trained 184 nationals forming a body of expertise to call upon. A notable success has been the development of gender audits, which is a method of analysing and evaluating institutions’ policies  from a gender equality perspective. This method is more inclusive than the more technical gender budget approach which requires specific skills and knowledge used by economists and hence excludes a range of stakeholders from influencing policy. ENERGIA’s gender audit approach counters this by involving a gender-balanced team of national experts from different backgrounds who gather data about a country’s energy situation from a range of sources which is subject to gender analysis and used to formulate gender-aware policy recommendations.

A significant part of ENERGIA’s work has been in promoting women’s involvement along the energy value chain. To support this work, ENERGIA produced a handbook and resource pack, specifically focused on how to mainstream gender into energy projects. Most notably, in 2014, ENERGIA launched its Women’s Economic Empowerment (WEE) programme which aims to support women and their energy enterprises in last mile communities who can be difficult to reach and easily miss out on support. I think that ENERGIA putting its advocacy messages into action helps convince policy makers that taking a gender approach is ‘doing the right thing’. This work also helps to make the training material more relevant with gender and energy examples since many of the early examples came from other sectors.

Change takes time, but it does come

A lot has changed over the past 25 years. ENERGIA is now a respected organisation and has an influential presence on the international stage, as shown by its role as co-host of the UN’s High Level Political Forum.  To close, I have chosen three changes I have seen over the years, to draw attention to and which possibly indicate the direction of the next 25 years. First, the way we view women and energy has changed. We began to focus more on ‘gender’ as relational than on ‘women’ in isolation, even when projects are focused on women.  Our approach has recognised that women and men are not two homogeneous groups but are differentiated across a range of social characteristics, such as ethnicity, and within groups, such as age. Secondly, while gender equality has always had male champions, the initial male resistance to gender mainstreaming in energy policy and practice has certainly begun to wane. I like to think that ENERGIA’s advocacy efforts to show the significant contribution that taking a gender approach can have towards achieving policy and project goals, has contributed to reducing this resistance. The third change has been the interest in the global North, where gender and energy poverty has emerged as an area of policy concern (driven at least in Europe by the European Parliament FEMM committee).

The last 18 months have reminded us that it is difficult to predict the future, but we can learn from the lessons of the past. Something I have learned over the past 25 years is that change takes time, but it does come. 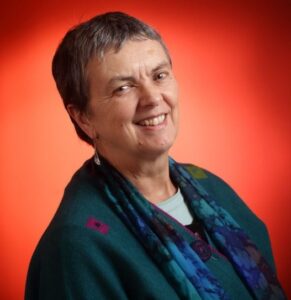 Prof. Joy Clancy is a founder member of ENERGIA and retired professor of Gender and Energy at the University of Twente, where she joined as a member of the Technology and Development Group in 1989. Joy’s research has focused, for more than 30 years, on small scale energy systems for developing countries. Recently she has been working on gender, social inclusion and energy poverty focusing on OECD countries.